Skip to content
Has your child ever wanted to feel famous? To star in his or her own movie? If you want a real wow moment during your child’s bar or bat mitzvah party, consider having a Mitzvah Skit as part of your video montage. Mitzvah Skits are a great way to enhance and personalizes those 8-10 minutes where everyone’s quiet and all eyes are on the screen. It’s also a wonderful keepsake that you’ll have forever. 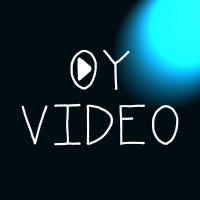 Mitzvah List asked Marissa and Alex Murphy, the married couple behind Oy Video, to tell us about Mitzvah Skits and how they enhance a party. Marissa and Alex have been making skits and films together for over 10 years, earning a devoted following on social media for their irreverent style of humor. In 2013, they created Oy Video, which specializes in producing and creating dynamic photo montages, videography for events, documentaries of events, entrance videos, video art, video evites, music videos, hilarious Mitzvah Skits staring your family and friends, and an infinite number of audio visual possibilities. Let Oy Video create a wow moment for your event.
A Mitzvah Skit is typically between one to three minutes and can take place at the start of a montage, at the end, or scenes can break up segments in a photo montage. Skits can be humorous, serious, a parody, in the style of a reality show, a music video; if you can dream it, Oy Video can do it. Each skit is unique, tailored to your child’s personality.
Producing a skit is a great way to involve family and friends, including those who live around the world.  Marissa said, “We’ve had many times when a friend or relative who lives out of state films a quick scene via Skype or FaceTime, or they film themselves with their phones and send the footage to us to edit into the skit.”
“Our clients end up as friends,” said Marissa. “Every family has told us they have so much fun filming the skits.” Part of what makes these skits so much fun is that Marissa and Alex rely on a lot of improvisation and spontaneity throughout the creative process. They keep the mood light and fun during filming. You and your family will cherish the memories of making it. Everyone has a blast!

Here are examples of the amazing skits created by Oy Video:

For more information about Mitzvah Skits and Oy Video, click here to view their listing in the Mitzvah List vendor directory.